Importance Of Martial Arts For Girls 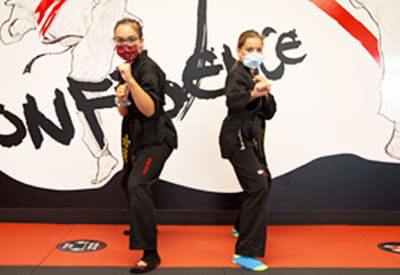 It is very unfortunate that in this prevalent patriarchal dominant social structure, there is a common, widespread fallacy that females are weak and don’t have potential equal to men. This misleading ideology is obliterating rapidly as many females around the world have proved themselves very competitive in every field of life.

This is vivid from the achievements of females in the Olympics, Cricket and politics, etc. perhaps this is the reason that among our students, almost half of them enrolled at OMAC martial arts are young women and girls.

Crimes are increasing day by day, and most of the time, the victims are girls. More than five thousand rape cases have been reported yet this year. Therefore, it has become extremely important for girts to learn the technique of self-defense, become mentally strong and physically fit.

It helps girls save their lives in cases of any danger. It doesn’t matter that to what extent the attacker is large in size or if he/she has a weapon, these skills of self-defense will help you to get rid of such threatening circumstances and protect yourself in any situation.

Martial Arts for Girls At OMAC

Probably the biggest payoff for the martial artist is that confidence is instilled, which helps him at every point of life. Martial arts help girls to find their strength and polish their skills.

It is believed that in the primitive era, during the bronze age, there was a matriarchal society. There was no stringent social control on females such that which would confine them to their roles at low power end, the world of domestic affairs.

Women were free to do any work whatever they want. They used to work in fields and play games. With the passage of time, they become so strong that they dominated men in the society. It gave a rude shock to the social structure and men started worshipping women.

That is why the concept of ‘goddesses’ is present in some religions that originally originated in the bronze age. There is a need to discourage fallacies related to the biological and social weakness of females.

There is a dire need to encourage girls that with dedication and ample work they can achieve anything. Martial arts help girls to enhance concentration and focus. This training will enable them to experience success as it inculcates the teaching of becoming goal-oriented. While attending training classes of martial arts at OMAC martial art, your daughter will experience to interact with her classmates.

This will increase sociability and will help him in developing a sense of community with her fellows. Girls also learn another most important skill, the art of leadership, during teamwork exercises while attending to classes of martial arts at OMAC. Senior girls are encouraged to mentor their younger students.

I can assert that your daughter’s physical strength, self-defense techniques, and focus will be improved while attending the martial arts classes at OMAC martial arts consistently. Please bring your daughter to let him visit our spacious, safe, and comfortable training schools.